“Here’s the thing,” Teddy Thompson sings frankly on his new album,
“you don’t love me anymore. I can tell you’ve got one foot out the door.”
From its opening track Thompson’s new album Heartbreaker
Please (out April 24 on Thirty Tigers) reckons with the breakdown of
love with a wistful levity as satisfying as it is devastatingly honest. The
album is drawn from the demise of a real-life relationship set against the
backdrop of New York City, the place he has called home for the better
part of two decades. A member of the British musical dynasty first
helmed by his legendary parents, Linda and Richard Thompson, he left
London for the States at 18, settling in New York five years later. “I took
a summer vacation that never ended,” he says. "In retrospect, I was
trying to reinvent myself. It was easier to leave it all behind, go
somewhere new and declare myself an artist. And you can actually
reinvent yourself in America; step off the plane, say 'my name is Teddy
Thompson, I’m a musician!’.” Twenty years later, Heartbreaker
Please finds Teddy Thompson perfectly himself, a commanding artist
at the top of his craft.
“Who do I sound like? I think I sound like myself!,” Thompson says,
“There’s a strong element of British folky in me, it’s in the blood, and I
heard the wonderful music of my parents around me as a young child.
Then there was the 1950’s American pop and country that I fell in love
with, plus the 80’s pop music that was in the charts at the time.” From a
young age, Sam Cooke (with The Soul Stirers!), Hank Williams, Chuck
Berry, and the Everly Brothers made up the bulk of his listening, along
with select contemporary tunes heard on Top of The Pops. Ah Ha!,
Culture Club, Wham!“ As a teenager I couldn’t talk to my friends about
50’s rock n roll! I was not cool enough to be that different. I’d say
Crowded House was the first contemporary band I really found that I
liked, that was socially acceptable.” he says. “Today? I like to think my
taste in music is catholic, I listen to whatever catches my ear, I don’t
care about genre.There’s only two types of music, good and bad.” After
releasing his self-titled debut in 2000, Thompson went on tour as part of
Roseanne Cash’s band. Since then he’s released five albums,
collaborated with good friends Martha and Rufus Wainwright,
contributed to numerous tribute projects, and produced albums for
Americana singer-songwriters Allison Moorer and Shelby Lynn, Dori
Freeman, Roseanne Reid as well as his mother, Linda Thompson.
On Heartbreaker Please Thompson incorporates elements of 60’s doo
wop, “Record Player” and 80’s synth sounds on the epic “No Idea” but
his first musical love is still rock n’ roll, country and pop. “I’m completely
enamored with the three-minute pop song. Maybe it’s conditioning if you
hear enough of it, but the brevity of those songs, I always thought that
was ideal, trim the fat.” says Thompson. “Those songs are from a time
when the song itself was important and would live on. If it was great,
people would cover it. So I still think that way, write a great song first! I
try to be succinct and witty, but also cut to the heart in a matter of two or
three minutes. I may never write a song as good as (Chuck Berry’s)
‘Maybelline’ or Cathy’s Clown (the Everly Brothers),but those are the
touchstones for me.”
The songs on Heartbreaker Please are undergirded by references to
someone else doing the heartbreaking, which is a departure for
Thompson. “I’m usually the one who does the heartbreaking! A defense
mechanism of course, but all of a sudden I was the one on the back
foot.I was the “plus 1”, and I admit, I didn’t deal with it very well. But
also, don’t date actors!” The relationship ended as Thompson was
finishing writing the songs that would become Heartbreaker Please. “I
tend to write sad songs, slow songs - it’s what comes naturally,” says
Thompson, “So I tried to make an effort here to set some of the misery
to a nice beat! Let the listener bop their heads while they weep.” The
effect pays dividends on Heartbreaker Please. There are the beautiful
ballads that Thompson has become known for, the string layden “Take
Me Away” and the stunning “Brand New” but there’s also the toe
tapping 60’s vibe of “Record Player” and the Eddie Cochran-esque “It’s
Not Easy”. There may be sadness but there’s also hope, humor and
even, a beat. 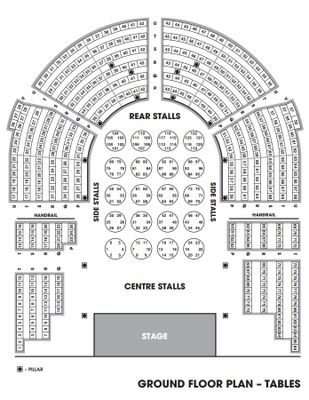