Original dates 29 April 2020 and 28th April 2021
From playing chaotic house parties in their home city of Oxford to becoming major festival headliners across Europe, Foals’ trajectory has been remarkable. Since forming in 2005 they’ve earned critical acclaim (NME and Q Award wins, plus Mercury Prize, Ivor Novello and BRIT Award nominations) and fan devotion (1.7 million sales of their four Gold-certified albums, plus over half a billion streams at Spotify since 2015) in equal measure. And while the majority of contemporaries have fallen by the wayside, Foals continue to hit new peaks. 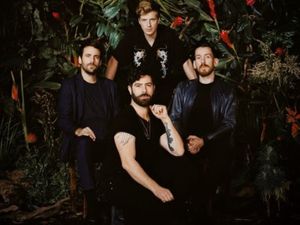