A fine group of musicians brought together to play on Allan's fourth album (On The Muse released April 2013) this is a rare opportunity to hear the Allan Johnston Band play live in their home city of Edinburgh. A prolific songwriter and singer of traditional folk song Allan's catchy melodic songs of humour, people & places, social/political comment, community, world peace, anger, affection and tongue in cheek philosophy have been covered by an ever growing list of artistes including Jo Philby, the other half of this double bill gig, With Allan on vocals, guitar, bouzouki, harmonica and 5 string banjo he will be joined on stage by Mike Slessor (fiddle), Billy McMillan (bass guitar) and Tom Napper (vocals, mandolin, octave mandolin and tenor banjo).

THE JO PHILBY BAND
Jo Philby, with her crystal clear, soulfully expressive vocal, is one of the most endearing folk singers to emerge from Orkney in recent years. Originally from England & having lived in Orkney these last 10 years Jo has been influenced by singers from the modern Scottish folk scene as equal sources of influence along with Irish/English & Americana music. Having found and developed her niche, and gathered together a band of good friends (who also happen to be cracking musicians) she is touring her latest release Beneath the Starry Sky.

This double billing with The Allan Johnston Band is made all the more apt by Jo covering Allan's great chorus song "The Shore 'neath the tide" on her latest album. Joining Jo on her Scottish tour are three wonderful Orcadian musicians, Aidan Moodie on guitar, Elaine Grieve on guitar, mandola & harmony vocals & Graham Rorie on mandolin & fiddle.

"A fabulous singer and a wonderful album." Edwina Hayes

"Jo has a pure and mature voice and clearly believes in her chosen material...quietly beguiling." fRoots
- See more at: http://thevoodoorooms.com/event-detail-nu.php?guest-name=The+Jo+Philby+Band&date_id=2624#sthash.n74LeuaO.dpuf 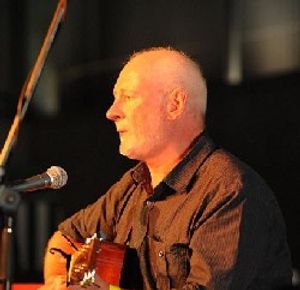 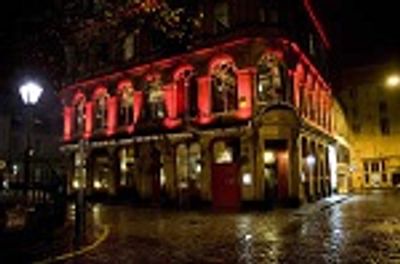