We look forward to a double header with two talented Scottish acts, The Jellyman's Daugher (full band) & Roseanne Reid.
Singing with an affinity and closeness that can often have audiences puzzling over who is singing which harmony line, Emily’s honeyed voice and Graham’s soft introspective tone have an almost matching vocal range. Their songs can range from a simple plaintive wisp of a feeling to ambitious musical endeavours incorporating guitar, mandolin and Graham's often-unconventional cello playing, which can range from powerful, driving rhythmic propulsion to delicate, sonorous underscoring. They are also regularly accompanied by their band which can feature bass, drums and innovative 5-string banjo playing.


2022 will see them recording their third full length album with plans to release in 2023.

Roseanne Reid's songs conjure more from less, exuding a quiet confidence and sparse authenticity that recalls some of the genre's leading lights such as Gillian Welch and Lucinda Williams, but with a tone that belongs to Roseanne and no one else. No wonder, then, that Americana legend Steve Earle has not only adopted Reid as a personal cause, but makes a guest appearance on the delightful 'Sweet Annie.' 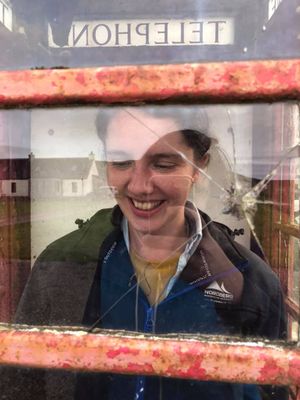