John Doyle, John McCusker and Mike McGoldrick first crossed paths as teenagers. Quarter of a century later, the fired-up folk live-wires are set to celebrate their friendship, and musical kinship, with their first studio album, The Wishing Tree. A thrilling trip through traditional, contemporary and original jigs, reels, ballads and more, it sees them branch out musically, while tracing the roots of their tunes, and acquaintance. “We all left school early, at 16, or 17, to join different bands,” recalls McCusker of their early days. “We all met back then... we've grown up together, really.” 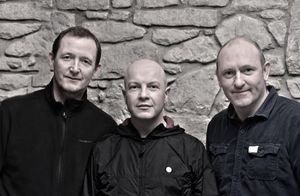