Multi-Platinum, Grammy-award winning artist and co-founder of creative imprint pgLang, Kendrick Lamar, has achieved massive critical and cultural success since his debut album good kid, m.A.A.d city released in 2012. Since its release, Lamar has accumulated a staggering total of 14 Grammy wins, and became the first non-classical, non-jazz musician to win a Pulitzer Prize for his 2017 album DAMN. Lamar’s latest album Mr. Morale & The Big Steppers, was released in May 2022 immediately earning rave reviews.

Age Restriction Standing:
Over 14s only, Under 16s must be accompanied by an adult

Age Restriction Seated:
Over 8s only, Under 16s with an adult


Disclaimer: Please note that Level 3 is accessible by stairs only. Some areas of Level 2 and Level 3 may not be suitable for those with mobility difficulties, those who are not comfortable with heights or those who experience vertigo.

We anticipate you should receive your tickets at least 14 days prior to the event you are attending. Thank you for your patience 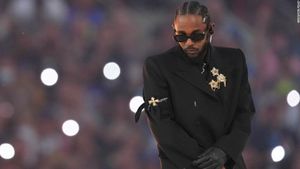 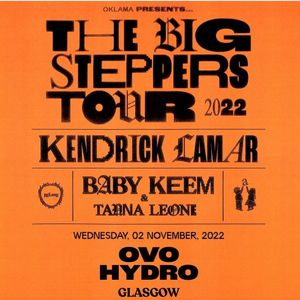