John Moods encountered a busker at “Atlantic Station” in New York in 2012 and this eerie moment printed itself in his mind. A seemingly random encounter resulted in a sort of channeling of this song.

In the video, fast images of an aging Johnny in many roles and situations are flashing by almost like recalling distant memories of other lives that can occur during a psychedelic or visionary experience when identity can seem to be merging with the universe and dissolve into everything.

The video by audiovisual artist Ludwig Plath elaborates on the themes of crossed wires and unexplainable phenomena of the digital realm where images, music and media can become entangled in such a way as to create worlds familiar and yet completely alien.

The confrontation with aging and dying is a constant theme of John Moods’ artistic expression. After the lighthearted and humorous “So Sweet So Nice” essentially celebrating life through the lens of imminent demise, “Atlantic Station” is a little more cryptic and mysterious traveling beyond the boundaries of linear time and identity. 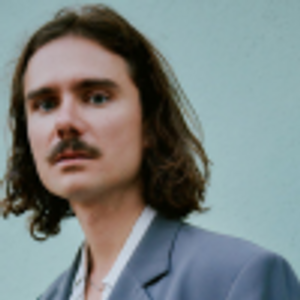