His contribution to the Sex Pistols, and thus culture itself, is well documented. Penning the anthem Pretty Vacant, arguably the most famous punk song ever, Glen wrote the music to all the Sex Pistols classics, including Anarchy In The UK and God Save The Queen, creating the benchmarks for any aspiring rock band who followed in their wake. Periodic Sex Pistols reunions have allowed the world the chance to see Glen reaffirm his rightful position as the cornerstone of the Pistols. The Sex Pistols, however, represent only a fraction of Glen's legacy.

His next band, the Rich Kids, put out one of the most influential albums of the late 70s, Ghosts Of Princes In Towers, packed full of rock ‘n’ pop gems. Working with Iggy Pop, (who recorded Glen’s song Ambition), during the 80s kept him sharp and sought-after with a body of work during this period giving rise to releases by bands such as The Spectres and Hot Club. In the 1990s Glen emerged as a solo force to be reckoned with. His album Who’s he Think he is When he’s at Home? recorded for Creation Records, home of Oasis, was a full-on guitar album, blistering in its intensity, taking everyone by surprise. Not content to kick up his heels, the reinvention continued with a series of fine albums by his band project, The Philistines.

Invigorated in the wake of the Pistols re-emergence, Glen continued to record songs to rival those on Never Mind The Bollocks for swagger and craft. Open Mind, On Something, & Born Running were albums showcasing the full spectrum of Glen’s prowess. Pile drivers rubbed shoulders with reflective refrains & personal lyrics. One highlight, Hey Mister, was seized upon by BBC radio.

It's not just Glen's solo work that sets him apart from the pack. Headhunted by artists from all backgrounds and styles, both in the U.K. and abroad, has seen him not merely contribute, but shape some of the coolest sounds around. Acclaimed cutting edge albums by Wendy James, Viv Albertine, International Swingers, and King Mob have been enriched by his input, while his own studio projects with Earl Slick & Slim Jim Phantom show a continuing rich vein of inspirational song writing.

In 2018, with both Earl & Slim Jim on board, he released Good To Go, a solo album that garnered a string of positive press reviews and feedback from fans, many believing it to be his best body of work to date. It's no coincidence that Glen's resurgence is mirrored by his frequent appearances on TV, from The One Show, The Wright Stuff and even the quiz show Pointless, where he proved a formidable contestant alongside Slim Jim Phantom. Glen was also the figurehead for the Anarchy Arias project in which songs from the punk era underwent transformation into classical mini masterpieces.

Always in demand live, Glen has heeded the call from all corners of the musical world, whether it be the rockabilly of Robert Gordon or reformed Faces. His knack of continual inspiration and invention comes in part from his belief in just getting out there and engaging. Picking up his guitar and delivering an acoustic set, either in his beloved London, or some far flung outpost in the global rock universe, keeps Glen grounded and in tune with life and its stories.

Keen to expand his world view and experience, Glen has developed a niche in DJ sets guesting in nightclubs in countries as geographically dispersed as Brazil and Italy. In 2018 Glen became one of the first UK musicians to perform in South Korea's Demilitarized Zone, a feat which brought much attention in the media, including BBC News.

Passing on his vast knowledge and experience to others has become important to Glen (his two sons are making musical waves of their own) and he has latterly embraced college music teaching and motivational speaking. This seems fitting for one of the most famous, yet grounded, musicians to emerge at the forefront of the most turbulent and celebrated musical upheaval in rock 'n' roll.

History is, thank God, not what Glen Matlock is about. Embracing the past, but constantly seeking out the new, musically, professionally and personally, keeps Glen out of his comfort zone, and at his best. Alive and alert.

The venue will still have a few rules for those attending .Top priority is to keep everyone safe

Masks will still be required (unless exempt ) entering the venue , while at the bar , in the toilets and leaving the venue .
Have your phone handy so you can register with test and protect by scanning the QR code.
Please do not attend if felling unwell/ have covid symptoms. We recommend taking a lateral flow test up to 24 hours before the event .

Have fun we have all missed live music . 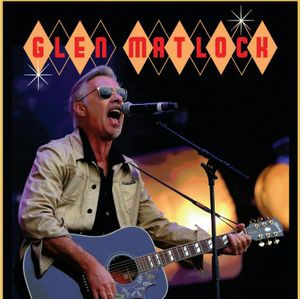