Goodbye Mr Mackenzie made an astonishing live comeback in 2019 more than 20 years after disbanding. They performed a string of amazing sell out shows including a rammed full Glasgow Barrowland in December. It was voted ‘best gig of the year’ by the Barrowland’s crowds. They had planned to do more until Covid struck.

The great news is that this year they will again be storming the stage of the Barrowland, on December 18th. 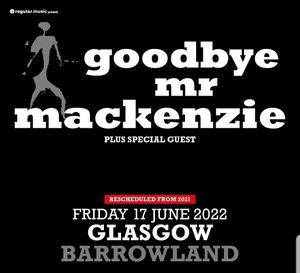