Jadu Heart are Diva-Sachy Jeffrey and Alex Headford, from London and Huddersfield respectively. Following in the footsteps of cult boy/girl bands before them such as Pixies, My Bloody Valentine and Belle and Sebastian, they have grown outside of the music industry slowly building their own world and crafting their own unique perspective. Having moved from electronic shoegaze to psych-rock to grungy lo-fi across their two EPs and two albums it’s hard to guess where they will go next sonically but their army of cult-like followers have learned to trust them. Despite little radio support or hype they sell out shows around the world to an audience of die hard fans & consistently get 100,000 streams a day. Theirs is a world built between two people endlessly collaborating to create meaning, develop philosophies and communicate complex emotions with melody. 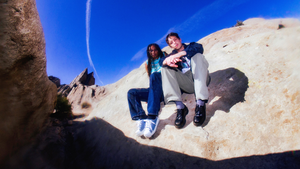