Scottish alt-rockers led by Roddy Woomble. Passionate rock'n'roll, brimming with restrained aggression, they reached their biggest level of success with singles 'You Held The World In Your Arms' (a UK no.9 hit) and 'American English'.
While on a hiatus, frontman Roddy Woomble released several solo albums, while guitarist Rod Jones released material under his own name in addition to forming the band The Birthday Suit.
In 2014, the boys reunited, completing a sold out acoustic tour of unique, intimate venues throughout the Highlands & Islands of Scotland, re-introducing themselves to live audiences after a half-decade break. Their 8th studio album followed in 2015, while 9th album 'Interview Music' was released in 2019. 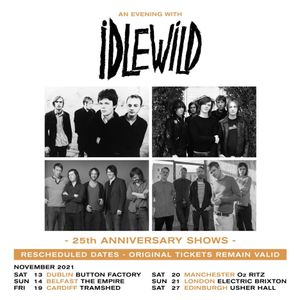