Georgia Ellery and electronic producer Taylor Skye formed Jockstrap, with an intentionally crude name in stark contrast to their strange but sophisticated sounds. Ellery’s diaphanous songwriting and gentle vocals are disrupted by Skye’s harsh, unpredictable production. After releasing a handful of music independently, Jockstrap signed on with Warp (home of Aphex Twin) for the release of their 2020 EP Wicked City, which they toured on a series of sold out shows up and down the UK. 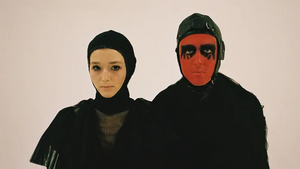