Award winning Americana singer songwriter Jill Jackson will launch her new album ‘Yours Aye’ at Cottiers Theatre on the 19th May. This follows the 2018 critically acclaimed ‘Are We There Yet?’
Like many artist this album unintentionally became the source of solitude during lockdown. Filled with uncertainty and self doubt with no platform or audience to act as a guide, ‘Yours Aye’ became a journey into the unknown.
A record inspired by a clear out of clutter, stumbling across precious letters sent home by her late magician grandfather whilst serving in WWII. The letters told a desperate story of a young boy residing in a foreign country desperate for home. This moment became the catalyst for the entire record.
While ‘Yours Aye’ is a deeply intimate collection, it remains universally accessible; songs about life, which breakdown the barriers of genre, as the best songwriting always does. The record is beautifully conceived from an artist who feels like the perennial underdog, in spite of her career achievements.
Recorded between London and Glasgow the album is once again produced by the dynamic Boo Hewerdine, Mixed by Jon Kelly (Paul McCartney) featuring Melvin Duffy (First Aid Kit) John McCusker (Paul Weller) and Rab Noakes. 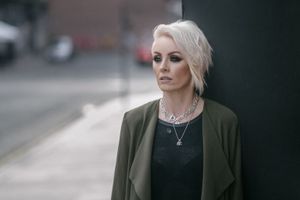