It's like stand up poetry but more thoughtful and relaxed and easier on the legs.
Armed only with a chair and a mic, stories, jokes and poetry Henry Normal takes on the world
looking for a win-win situation.
Henry is a writer, poet, TV & Film producer, founder of the Manchester Poetry Festival
(now the Literature festival) and co-founder of the Nottingham Poetry Festival.
In June 2017 he was honoured with a special BAFTA for services to Television.
He co-wrote and script edited the multi-award winning Mrs Merton show and the spin off series
Mrs Merton and Malcolm. He also co-created and co-wrote the first series of The Royle Family.
With Steve Coogan he co-wrote the BAFTA winning Paul and Pauline Calf Video Diaries,
Coogan's Run, Tony Ferrino, Doctor Terrible and all three of Steve's live tours and the film The
Parole Officer. 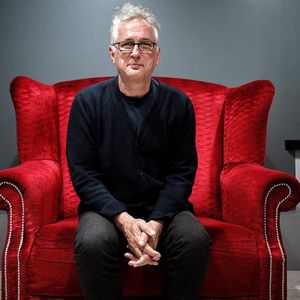