With Nowhere And Everywhere Unthank and Smith, both from England’s North East, and foremost talents in their respective fields, set out to collect songs and pen originals that claw at the beating heart of the region. Though Rachel Unthank has been immersed in the folk world from childhood, Paul Smith’s route towards folk began in his teens with a love of Martin Carthy, Karen Dalton, Nick Drake and Bert Jansch, especially their fingerstyle guitar-playing. Echoes of that approach can be heard throughout this album, albeit simplified and merged with a more direct sound akin to US avant-rock acolytes of the ‘60s folk revival like Gastr Del Sol and David Pajo. 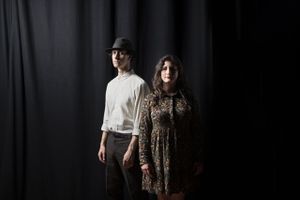