2023 sees the band regularly touring around the UK.
Excitement so thick ..... 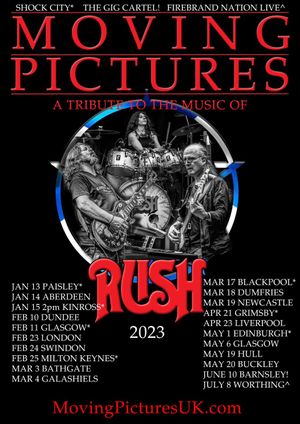