It is impossible to talk about modern psychedelic music without mentioning Johnson. He has continually charted new cosmic paths that expand on the language of the genre. With Rose City Band, Johnson’s songwriting and beautiful guitar lines take center stage, the veil of psychedelia notably drawn back.

Rose City Band started purely as a recording project, with Johnson’s role mostly obscured for the self-titled debut album. Released with no promotion in the style of private press records, it was a liberating act, a focus on music without any expectations. Freedom from expectation and obligation gave Johnson the space to experiment with new instrumentation and arrangements. While his vocal treatment would be recognizable to any Wooden Shjips fan, the sparseness of the instrumentation lays bare the beauty of his writing. Shimmering guitar lines are free to shine, buoyed by driving rhythms. New to the mix are arrangements and instruments drawn directly from classic country, resulting in songs with more than a hint of twang. The aptly named Summerlong, Rose City Band’s sophomore album, is born of Johnson’s own fondness for the season an delivers an emotional lift—an expression akin to the joy of getting out there on a warm day, be it gathering for a BBQ, hopping onto a bike, leaping into a swimming hole, or simply reading in a park. 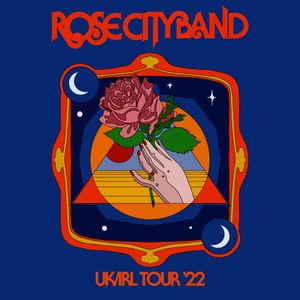