The Mary Wallopers are a folk group from Dundalk, breathing new life into both well known & rare ballads. Travelling the length & breadth of the country singing & collecting songs, they exude a raw energy that could be described as the Clancy Brothers meet John Lydon.

Over 14s only (under 16s must be accompanied by an adult over 18).
General admission standing/unreserved seating
* Rescheduled from 22/1/21 Original tickets are valid * 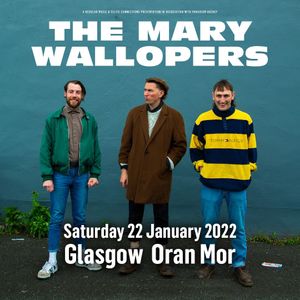