Blue Rose Code’s impressive songbook has caught the ear of many, including star Scots actor, Ewan McGregor, who guested with vocals on one And Lo!
track.

When Blue Rose Code launched the album at Celtic Connections in January 2016, the elegant and heartfelt songs moved some in the audience to tears – but everyone was on their feet at the end of a glorious evening.

“We could not have hoped for a better opening night as Blue Rose Code are exceptional, and Ross Wilson has emerged as one of the country’s leading song writers,” said Kevin Morris, Glasgow Americana Festival director.

“His band comprises top-notch musicians who clearly love playing his music – a night to remember is in prospect.” 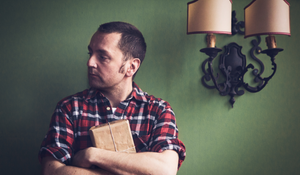