John Otway AKA “Rock ’n’ Roll’s Greatest Failure” has built a sizeable cult audience through extensive touring, a surreal sense of humour and a self-deprecating underdog persona. From the age of 9, John Otway knew he wanted to be a pop star. But even at that young age, having listened to his sister's Beatles and Stones records, he knew he would never be able to do what they do. However, when his sister got the latest Bob Dylan album, he knew there was a place for him and he set about learning how to play guitar.

Otway had to wait until 1977 and the rise of punk before his dream of fame and fortune would finally become a reality. Having caught the eye of the producers of the BBC's Old Grey Whistle Test, Otway's performance on that show would grab the attention of the watching audience. Otway, ever the showman, decided to jump on to the amplifier of his colleague during a performance of Bob Lind's Cheryl's Going Home. (Un)fortunately for Otway, he misjudged his leap and sent Wild Willy Barrett’s amplifier tumbling as he crashed down straddling the box under the amp. The full force of the impact was absorbed by the most tender part of his body, but in doing this one simple act of recklessness and his wanton disregard for his own safety, Otway was the talk of everyone who watched that evening's programme.

John Reunites with his original Partner “Wild Willy Barratt, and brings his anarchic mayhem to The Radio Rooms 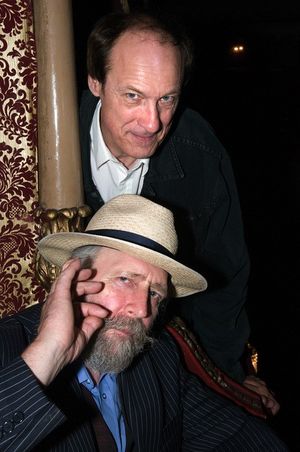