Tickets on sale Friday 14th May 10am

Finnish quartet The Rasmus formed in Helsinki in 1995 while frontman Lauri Ylönen, bassist Eero Heinonen, guitarist Pauli Rantasalmi, and drummer Jarno Lahti were all still in school. Lahti left after only a year, replaced by Janne Heiskanen, and the band went on to release their funk-rock influenced debut Peep in 1996. By the following year, they’d already won an EMMA (the Finnish Grammys) for Best Newcomer. 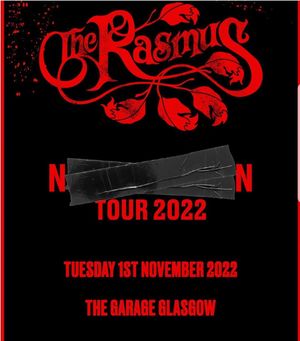