GUN’s contemporary take on authentic rock gives them an edge over their peers. Formed in Glasgow by brothers Dante and Jools Gizzi, they came to re-invent the rock ‘n’ roll genre, and were recognised with numerous plaudits and awards, including the first ever MTV Europe Music Award for Best Cover. Hit albums and singles, break-ups, line-up changes… GUN have done them all and more, and at each turn have come back stronger and better than before.

Over 14s only (under 16s must be accompanied by an adult over 18)
General admission standing. 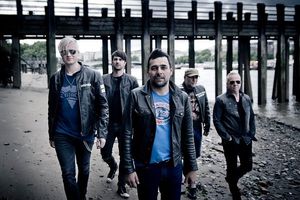