Now in their 3rd decade, Limehouse Lizzy continue to keep the spirit of Celtic rock icon Philip Lynott and his band Thin Lizzy alive, still-relevant and dominating stages worldwide.
From their official PRS/Billboard award, performing for Virgin Atlantic in Barbados, tv appearances (BBC 2’s ‘Arena’ amongst others), and to being recruited to record and tour by none other than original Thin Lizzy member BRIAN ROBERTSON (Thin Lizzy, Motorhead), Limehouse Lizzy will head to Glasgow with their most explosive show and accomplished line-up yet. 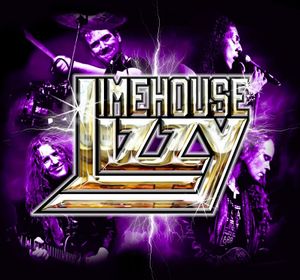