The band are regarded as one of the most innovative math rock bands of both the 2000s and the 2010s, with critics praising the band's unique sound. In 2007, Pitchfork wrote that "Battles have done more to extend the idea of a flesh-and-blood band enhanced by computer technology than anyone since the late, lamented Disco Inferno 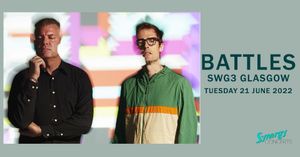