Stanley Odd are a force to be reckoned with (so says Clash Magazine). A live hip-hop band based in Scotland. A collective of musicians, producers and pals. Champions of outsiderdom and life on the periphery. Pioneers and innovators, pushing at boundaries, dancing along fault lines.

2021 was a whirlwind of activity for Stanley Odd, including the release of their critically acclaimed album STAY ODD - a collection of musical stories about outsiders, outcasts and the universally Odd; the ordinarily unusual; the typically extraordinary.

2022 will see the band take STAY ODD out into the live world as far and wide as they can throw it, amplifying the stories in the songs and shouting them from rooftops, stages, alleyways and sweatboxes across the UK and further into the unknown. 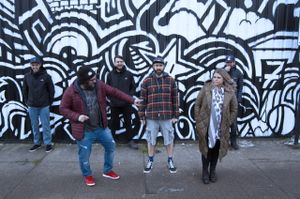