This is one helluva line-up.

Local heavyweights Dinosaur 94 step up to the Sneaks stage following their last feel-good show back in February. Known for their eccentric live performances and adoring fans, D94 will be bringing their bubbly and blissful tunes just in time for summer ?

Joining them are Eloi (Ee–loy), an Edinburgh based 7-piece future-jazz/neo-soul group formed out of a previous incarnation of the local band Family Portrait. Alongside two sold-out headline gigs, they have supported local Scottish groups such as Grace and the Flatboys and Land of Rubber Men, as well as having played at Edinburgh’s Hidden Door Festival 2022. Inspired by the likes of Nubiyan Twist, Ezra Collective and Hiatus Kaiyote, they have just released their debut EP ‘Maya 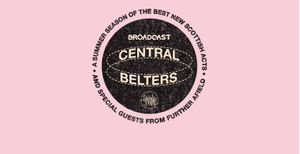