Note to purchasers...Tickets are know only available on the door, cash only and we only have a limited number left. Also we now have a raffle so loose change advisable.


WHO ARE WE
My name is Lewis Hazel, I come from St Andrews in Fife. I’m 20 years old soon to be 21 on 16 February 2019. To celebrate I have decided I want to raise awareness and money for Young Men’s Mental Health by organising a charitable gig.
My reasons for doing this is in the last couple of months two local boys both aged 21 from my old high school, Madras College have committed suicide. Another only 16 also committed suicide last year. I know how hard it can be striving to do your best and be the best and the pressure this puts on young men. I am currently in my fourth year at University studying for a Masters Degree in Mechanical Engineering. Life as a student and a young man can be difficult and challenging at times and you don’t always know who to turn to for help.
I have decided instead of having a party to celebrate my 21st I want to organise a charitable concert bringing my friends, family and community together whilst having fun but also raising money as well as awareness for Breathing Space and Touched by Suicide Scotland. They are both Scottish charities who help those in need and their families/friends who have been touched first hand by suicide. The money raised through these tickets sales will simultaneously support two charities. They are “Touched by Suicide”, who exist to meet the needs and break the isolation of those bereaved by the suicide of a close relative or friend and “Breathing Space Scotland” who are a free, confidential, phone service for anyone in Scotland experiencing low mood, depression or anxiety. 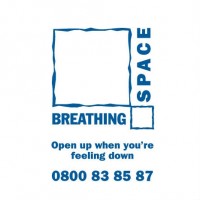