Sold Out/ Returns may become available

Pre-order the album C’MON YOU KNOW for presale access

Few people define the 90s quite as succinctly as Liam Gallagher. As the frontman of Oasis, Gallagher was the voice behind some of the decade's biggest hits, selling millions of records and leaving an indelible impression on the British musical and cultural landscape.

In addition, he demonstrated his incredible talent as songwriter on the band's later albums and continued this with his first post-Oasis project fronting Beady Eye from 2009 to 2014.

When Beady Eye split after two well-received records, Gallagher initially dismissed the idea that he'd pursue a solo career. However, he changed his mind and, in 2016, released his first solo single Wall Of Glass, followed in 2017 by his debut solo album As You Were. It landed at No.1 in the UK charts and enjoyed considerable success in the US.

Gallagher was an integral figure in the charity efforts that followed the Manchester Arena bombing in 2017, organising and appearing at a benefit at Old Trafford Cricket Ground. In 2019, he returned with a second No.1-charting solo album, Why Me? Why Not?

In 2020, Gallagher released an MTV Unplugged live album, recorded at Hull City Hall. That December, he also performed a livestream entitled Down By The River Thames that saw him and his band play songs from his solo albums alongside Oasis classics on a barge as it travelled down the river.

Known for delivering big things, in October 2021, Gallagher announced plans that are biblical even by his colossal standards. Following his return to touring that summer with headline sets at Reading & Leeds and TRNSMT alongside a gig at The O2 for NHS staff, Gallagher confirmed his fourth solo album C'MON YOU KNOW, due for release on 27 May 2022, would be celebrated by two huge shows at Knebworth Park on 3 and 4 June 2022 with support from Kasabian, Michael Kiwanuka, Fat White Family and Goat Girl.

This huge gig will also mark the 25th anniversary of Oasis’ era-defining appearances at the historic site. The biggest show of his solo career to date, Gallagher will be returning to the place where the band played two unforgettable record-breaking nights in 1996 to 250,000 fans. 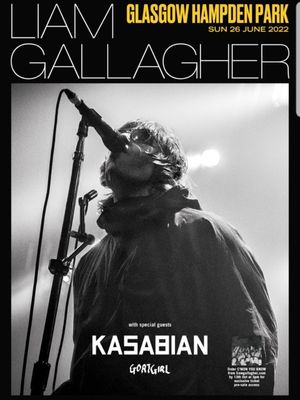 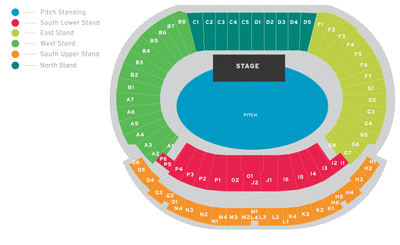