with James Hunter and Jalen Ngonda

ABOUT JALEN NGONDA
Daptone Records is proud to present the debut single from the newest member of the Daptone family stable of stars, Jalen Ngonda! Presently residing in the UK, Jalen grew up just outside of Washington D.C., At the tender age of 11 his father introduced him to the joys of soul music, most notably Motown's robust catalog, which he soaked up like a thirsty sponge, guiding him on the path to become the remarkable artist that he is today. With this inaugural release Jalen delivers mid-tempo magic that will make you feel his Motown roots as opposed to wearing them on his sleeve. 'Just Like You Used To' drops with groove and vibe in equal measure, providing the perfect foundation for Jalen's vocals to soar. 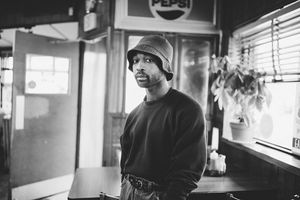