Not many ten-year-olds get to headline the Barrowlands, but Highland folk-fusioneers Elephant Sessions have more than earned their place on Scotland’s most fabled stage, where they launch their big birthday year. Their increasingly innovative, audacious mix of trad-based tunes with funk, rock and electronica, allied with no-holds-barred live performances, has sent audiences into rave-style raptures at festivals across the world, from Glastonbury to Byron Bay Bluesfest, Lorient to Colours of Ostrava. After another major leap forward with 2019’s wholly self-penned third album, What Makes You, their hotly anticipated follow-up - due in spring 2022 – will be aired in its entirety here, together with back-catalogue favourites. 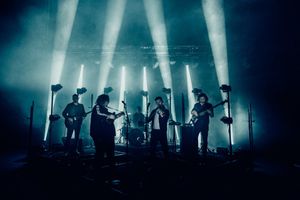