British dance-rock quintet EMF formed in Cinderford, England in October1989. All five original members were veterans of the local music scene before founding EMF, whose name supposedly stood for “Epsom Mad Funkers" (although it was widely speculated that the initials instead represented "Ecstasy Mother Fuckers"). Within two months of formation, the group played its first gig; after unearthing a Casio sampler and sequencer in a local thrift shop, a light techno element was added to their rock-oriented sound. 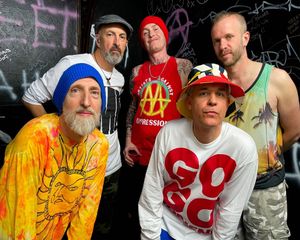