Who are, and what is… Cult Figures?

Their 1979 single Zip Nolan is a pell-mell mashup of T-Rex, Krautrock and their own unique skewed perspective on pop music. Rumoured to be Swell Maps in disguise, they turned out to be a real band, formed in Birmingham in 1977 (and briefly featuring Roger Taylor of Duran Duran!). A second single cemented their reputation as… err… cult figures… and then… many more years of mystery…

The last few years have seen a (relative) avalanche of Cult Figures activity, two new albums and series of live appearances, some with their old mates Swell Maps. This will be their first ever Scottish show. Zip Nolan will be there. Will you? 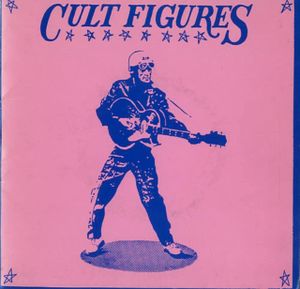