This landmark show for King King at the infamous Barrowland Ballroom in Glasgow is another step on the bands journey "it's one of those bucket list gigs for me, and it will be very special to play to packed out home crowd. We’re not stopping to smell the roses,” says Alan. “We want to take this band as far as we can.”

Special guest is Squeeze frontman Glenn Tilbrook. Glenn has more than earned his place at pop’s top table as one of our most cherished singers, guitarists and songwriters, not to mention an in-demand and endlessly endearing live performer. 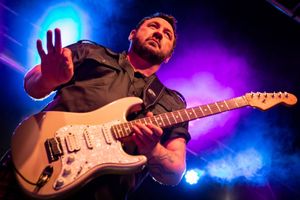