A selection of readings from McLellan 2021 Poetry Competition commended entrants including readings of the 2021 winning entries (First Prize “Poem in Which Dudley Moore bumps into my Grandmother” by Jeanette Burton, Second Prize “The Mum Man” by Tim Relf, and Third Prize “Young Woman Powdering Herself” by Scott Waters) and from the following commended poets:

Sharon Black is from Glasgow and lives in a remote valley of the Cévennes mountains of France. Her poetry is published widely and she has won many prizes for her work including the Guernsey International Poetry Competition 2019 and The London Magazine Poetry Prizes 2019 and 2018. Her collections are To Know Bedrock (Pindrop, 2011) and The Art of Egg (Two Ravens, 2015; Pindrop, 2019). A pamphlet, Rib, is out now (Wayleave Press, 2021), and her third and fourth full collections will appear in 2022 with Vagabond Voices and with Drunk Muse Press respectively. www.sharonblack.co.uk

Hugh McMillan is a poet from Penpont in South West Scotland. His work has been published widely in Scotland and beyond, and he has won various prizes, most recently the Callum Macdonald Memorial Award in 2017 for Sheep Penned, published by Roncadora; he won the same award in 2009 for Postcards from the Hedge. In 2021 two new collectionswere published by Luath Press, ‘Haphazardly in the Starless Night’ and ‘Whit If? Poems on Scottish History. www.hughmcmillanwriter.co.uk

Steve Pottinger is a poet, author, and workshop facilitator, and a founding member of Wolverhampton arts collective Poets, Prattlers, and Pandemonialists. He’s performed at Ledbury and StAnza poetry festivals, at the Edinburgh Free Fringe, and in venues the length and breadth of the country, from Penzance up to Orkney. www.stevepottinger.co.uk

James Appleby is the editor of Interpret magazine, a multilingual review. A professional translator, his writing has been published in Litro Magazine, Marble Poetry and more. He was born in 1993. www.jamesapplebywriting.co.uk

Kevin P. Gilday & The Glasgow Cross is a collaboration between award winning poet Kevin P. Gilday (Sonnet Youth, NTS, BBC) and multi-instrumentalist Ralph Hector (The Paperback Throne, Pelts, Iffy Folk Records). The Glaswegian two-piece have combined contemporary spoken word with a dynamic palette of aural textures to create a unique sound that has already led to support slots with the likes of Akala.

The music strides confidently between propulsive post-punk, off beat electro and epic arrangements – all oscillating on the singular delivery of Kevin P. Gilday’s spoken word compositions and powerful vocals. Lyrically inspired by the city of Glasgow, Gilday takes confessional sojourns into grief, toxic masculinity and the precarious nature of modern life – all imbued with his trademark dark wit.

Event is over 14 Only 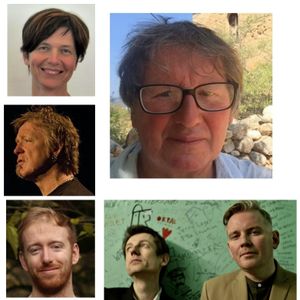 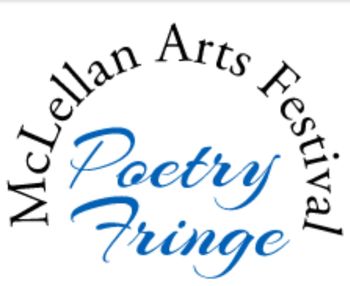